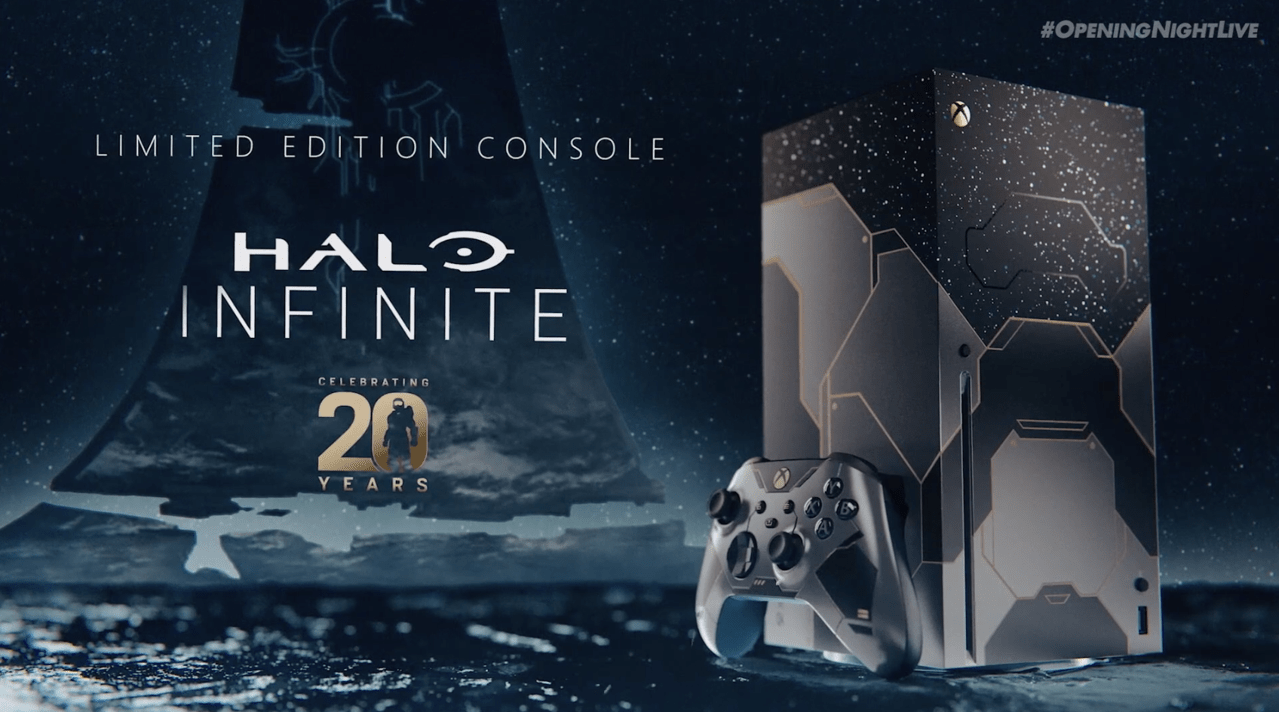 In terms of style, the Xbox Series X Halo Infinite Limited Edition features black metal panels, gold stripes, and many small stars that look exactly like the Halo universe. Not only that, even the vents on the top of it have been changed from green to blue. In addition, when turning on or off the game console, it will sound like in Halo. The Elite Controller 2 Halo Infinite Limited Edition, on the other hand, is highlighted by a green metal plate that appears to be used on the armor of the Master Chief character in the game Halo.