As well as announcing the launch of its hybrid tablet as well as its dual-screen phones, Microsoft has also announced a top-of-the-line computer within the brand called Surface Laptop Studio, which will take over from Surface. Book. Surface Laptop Studio has recently been completely redesigned by Microsoft, but this time it is no longer a computer that can be detached from the keyboard to use as a tablet.

The design and layout of the Surface Laptop Studio is completely new, with Microsoft redesigning the screen to show it to users in a variety of formats, including the regular Laptop mode, Stage Mode mode, and more. The user pulls the screen forward to hide the keyboard and leaves only the screen with the Touchpad (convenient for watching videos or playing games, etc.) and the latest mode called Studio, which allows users to fold the screen. It goes flat at once. 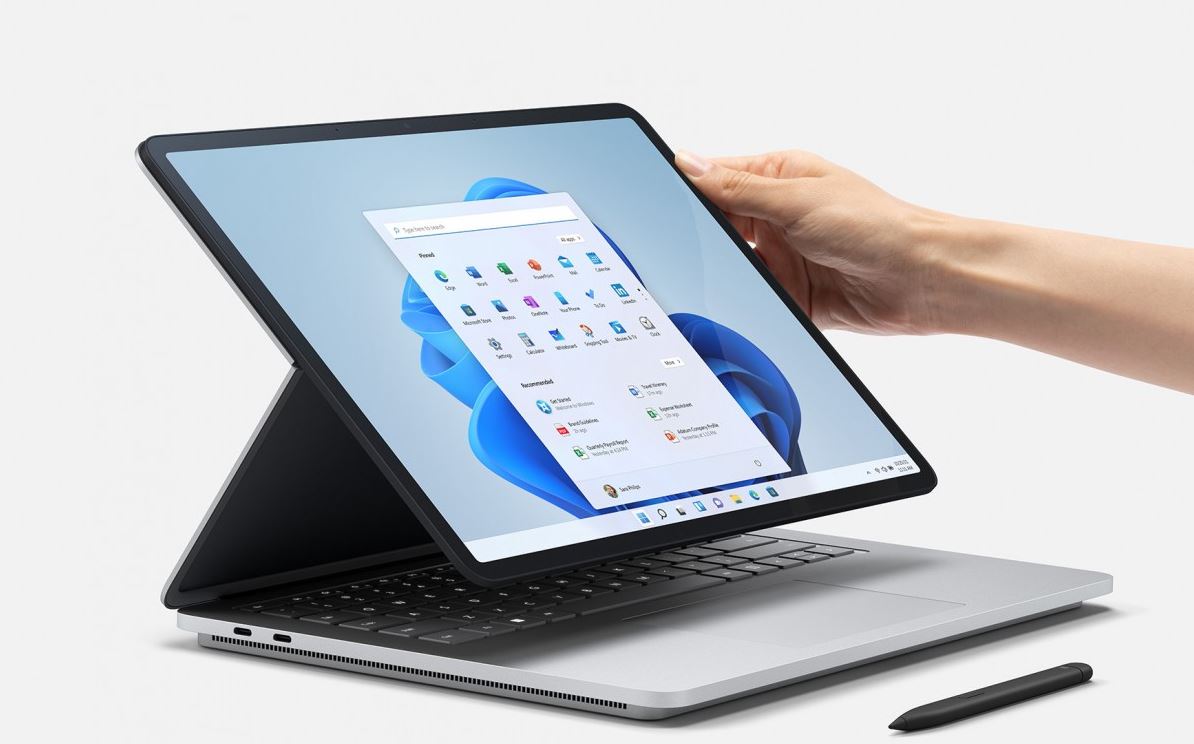 The latest computer is equipped with a 14.4-inch PixelSense Flow Display with a resolution of 2400 x 1600 pixels, support Refresh Rate up to 120Hz and support Dolby Vision.

Microsoft uses Dynamic Woven Hinge, which is said to be durable and gives the computer the same flexible display angle as the larger Surface Studio.

Back to power, Surface Laptop Studio is equipped with two CPU options, Core i5 and Core i7 11th generation, but the Core i5 option does not have a separate graphics card, it uses Intel Iris Xe, while the Core model. The i7 features a separate NVIDIA RTX 3050Ti graphics card with 4GB of VRAM. There are two RAM options offered by Microsoft, 16GB and 32GB, as well as up to 2TB of SSD storage options.

With features like this, it is sure that users will be able to play games on the Surface Laptop Studio very well, and if you look at the I / O port, it uses two USB-C ports, a version of USB 4 with Thunderbolt 4. In addition, it also has a headphone jack as well as a charging port itself. Microsoft plans to launch the Surface Laptop Studio from October 5 with a starting price of $ 1,599.