Mark Zuckerberg has confirmed that Meta has just entered into the Crypto Open Patent Alliance (COPA), which is an extension of its intellectual property rights as well as protected from litigation, according to Mark Zuckerberg’s leaked message on the account. His official on Facebook. 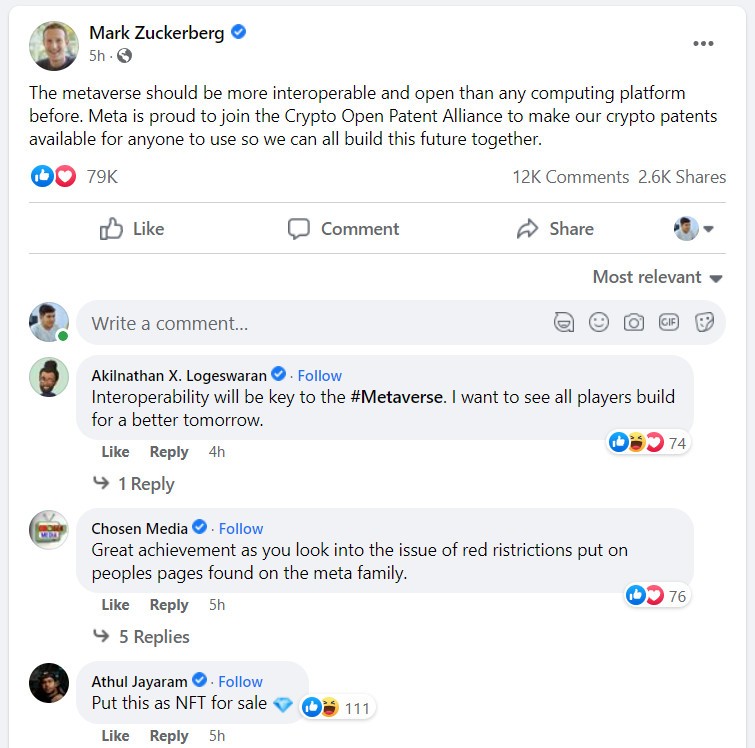