The greatest accolade for any Esports team or player engaged with the game, the PUBG Mobile Global Championship, often known as PMGC, is returning for 2022. After the preliminary round of the PMGC Last Chance stage, 24 of the top PUBG Mobile teams in the world, including FaZe Clan, VAMPIRE ESPORTS, and HVVP, were reduced to just 16 for the PMGC Survival Stage, which served as the midway point of the competition. The teams that advanced to the next round of the League Survival Stage of the PUBG Mobile Global Championship (PMGC) 2022 will be identified and analyzed in this article. 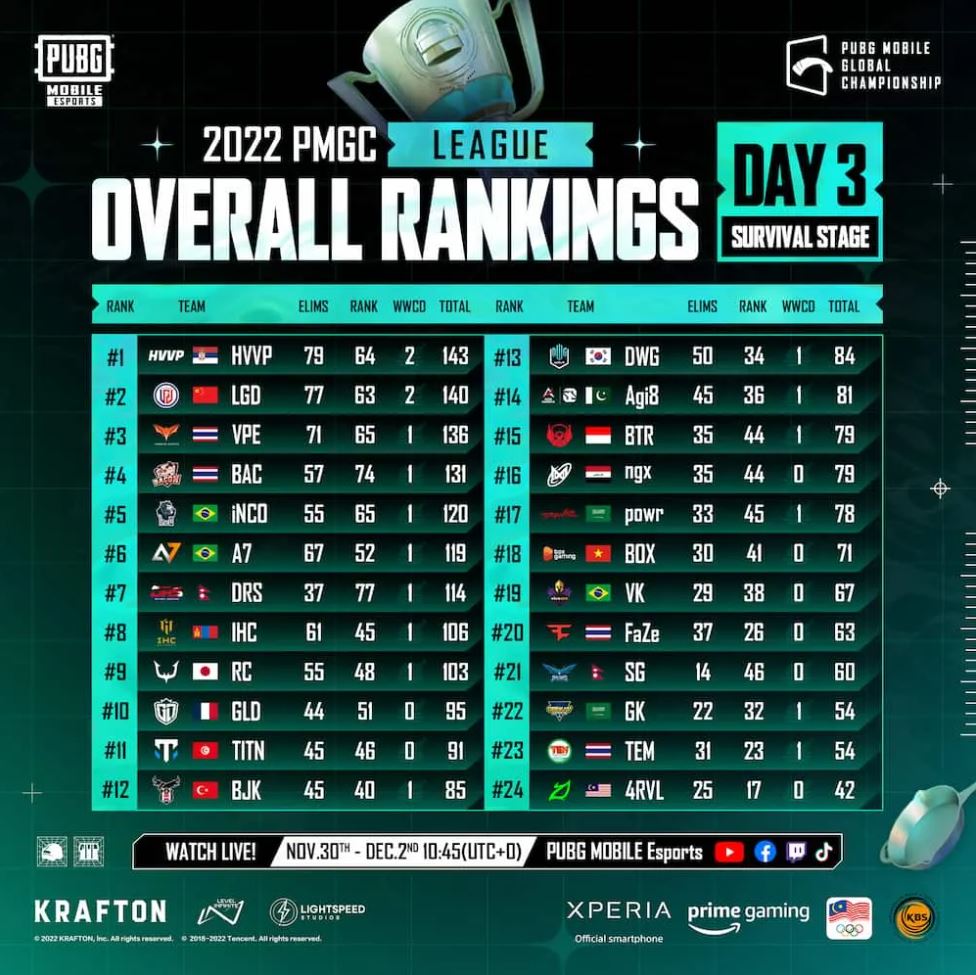 The stakes have never been greater as the PMGC Last Chance will see more eliminations than any prior round in the tournament. The PMGC Grand Finals will only be accessible to five of the 16 competing teams. Teams like HVVP, champions of the 2022 PUBG Mobile Pro League European Championship Fall, and Vampire Esports, winners of the 2022 PUBG Mobile World Invitational, will be in the spotlight for PMGC Last Chance viewers. The following is a list of all the teams that have qualified for the PMGC Last Chance: 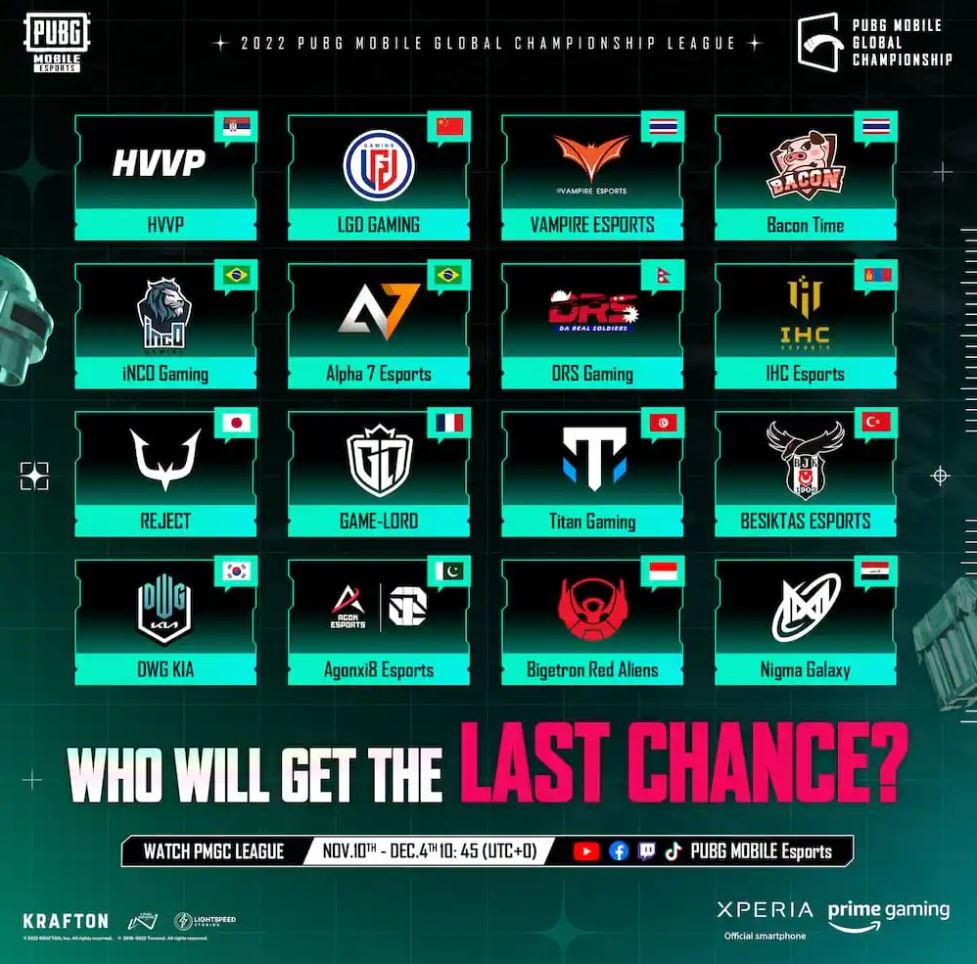 The PMGC Grand Finals are scheduled to take place in Jakarta, Indonesia, on January 6–8, 2023. There will be 16 teams vying for a share of the $4,000,000 USD prize fund on the stage. Two internationally invited teams, five teams that made it through the PMGC Last Chance Stage, and nine teams from the PMGC Group Stage make up the 16 teams competing in the PMGC Grand Finals. By turning into the PUBG Mobile Esports’ official YouTube, Facebook, and Twitch channels, fans can watch the action from the PMGC Last Chance on December 3-4 starting at 10:45 AM.