In its most recent version, PUBG Mobile adds Sophia and Riley as two new playable characters.

Some of PUBG Mobile’s most intriguing and enjoyable elements are its playable characters. The players gain some additional benefits from these characters. In battle, abilities like quicker reloading and superior weapon control are particularly helpful. With the exception of Team Deathmatches, all character talents are exclusively accessible in EvoGround modes. Sophia and Riley, two new characters that will soon be available in the game, were just introduced by PUBG Mobile. The forthcoming playable characters for PUBG Mobile will be covered in this post.

One of the most fascinating aspects about PUBG Mobile is the characters. There are a total of six characters accessible right now. Victor, Sara, Andy, Carlo, Anna, and Emilia are some of these characters. These characters each have various and distinctive talents that may be used throughout the game.

For instance, Victor, the first character to appear in PUBG Mobile, has a talent that enables him to slow down the rate at which submachine guns reload.

Two teaser posters were recently posted on PUBG Mobile’s social media accounts, teasing the arrival of two new characters. These two brand-new individuals go by the names Sophia and Riley. We may infer from the posters that Sophia will be a technologically advanced and futuristic figure. 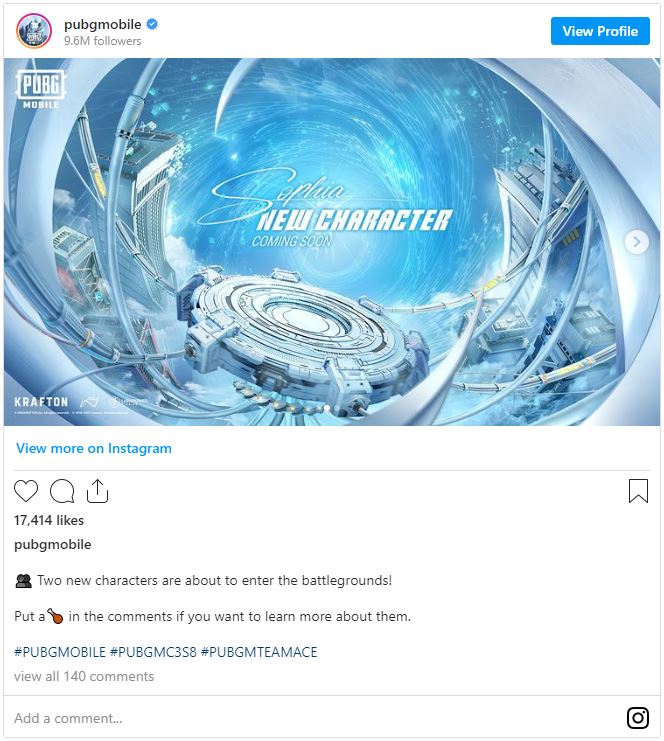 Riley, on the other hand, will be a character that lives in a woodland and jungle. However, as there isn’t any confirmed information on the characters, they are just conjectures. We observed a lot of new features in the PUBG Mobile 2.2 official version release.

New improvements like functional gas pumps, functional car trunks, and a brand-new terrain called Nusa are certainly grabbing gamers’ interest. On the Nusa map, PUBG Mobile is hosting a number of competitions and social gatherings with content producers from all around the world. The game’s smallest map for now is Nusa. With these additional additions, it is safe to assume that the game will return to its original shape.