Today, we get to view the Gigabyte Gaming OC version of NVIDIA’s GeForce RTX 4090 custom graphics cards, which are leaking everywhere.

The new GeForce RTX 4090 images were leaked by @wnxod on Twitter and are exclusive to the Gigabyte Gaming OC model. One of the numerous RTX 4090 custom versions that the company is developing is the Gigabyte GeForce RTX 4090 Gaming OC, which will be targeted at ultra-enthusiasts with a triple-fan and at least triple-slot cooling system. It is clear that this is a genuine card because the card’s box packaging has the same typeface as ZOTAC’s GeForce RTX 4090 Amp Extreme packaging.

DLSS, Ray Tracing, Reflex, and Studio are some of the features stated on the card, while the features unique to this card include the Windforce cooling system, an OC design, and a 4-year guarantee. The back of the box provides us with a little more information on the cooling strategy, which includes three fans working in an alternative mode to maximize airflow and heat dissipation. The card is also listed with 24 GB of GDDR6X memory, which is expected. 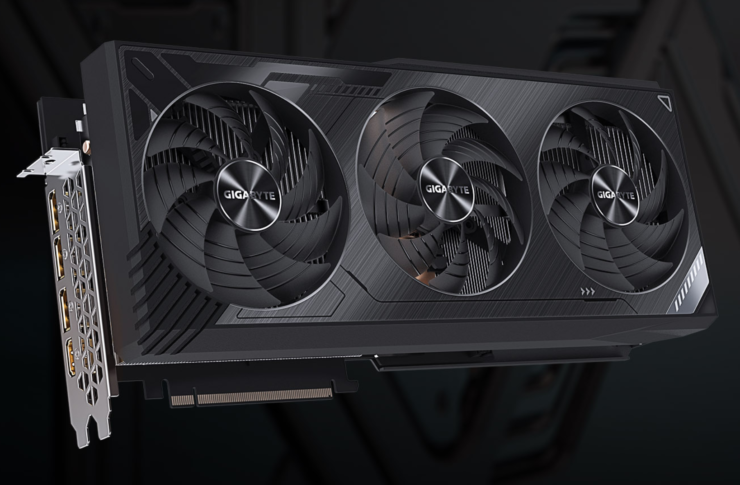 The rear bracket only has two slots, but the card is at least a quad-slot monster like the RTX 3090 Ti. The I/O bracket displays four display outputs, including one HDMI and three DP connectors. 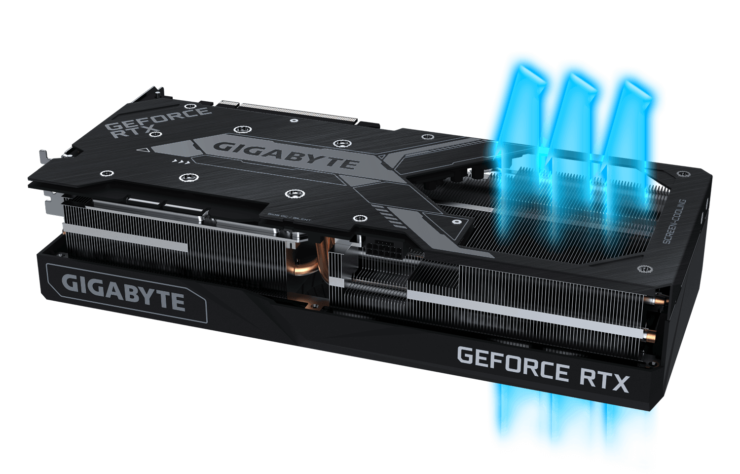 This card’s big cut-out on the backplate, which allows for a flow-through design, demonstrates the usage of a compact PCB design. The third fan really forces air out of the cut-hole and through the aluminum-fin heatsink. We also catch a glance of the front, which resembles the RTX 3090 Ti design with a few minor modifications.

A total of 16,384 CUDA cores and 128 of the 144 SMs will be used by the NVIDIA GeForce RTX 4090. The GPU will have 384 ROPs and 96 MB of L2 cache, which is ridiculous, but because the RTX 4090 is a scaled-down version, it could have somewhat lower L2 and ROP counts. Although the clock rates have not yet been confirmed, given that the TSMC 4N process is being used, we anticipate clocking in the 2.0-3.0 GHz region.

The GeForce RTX 4090 is anticipated to include 24 GB of GDDR6X memory that will be clocked at 21 Gbps via a 384-bit bus interface. This will offer bandwidth of up to 1 TB/s. When it comes to power consumption, the TBP is supposed to be rated at 450W, indicating that TGP may wind up being less than that. This is the same bandwidth as the current RTX 3090 Ti graphics card. A single 16-pin connection will provide the card with up to 600W of power. As with the RTX 3090 Ti, it’s probable that we’ll see bespoke designs with 500W or more. 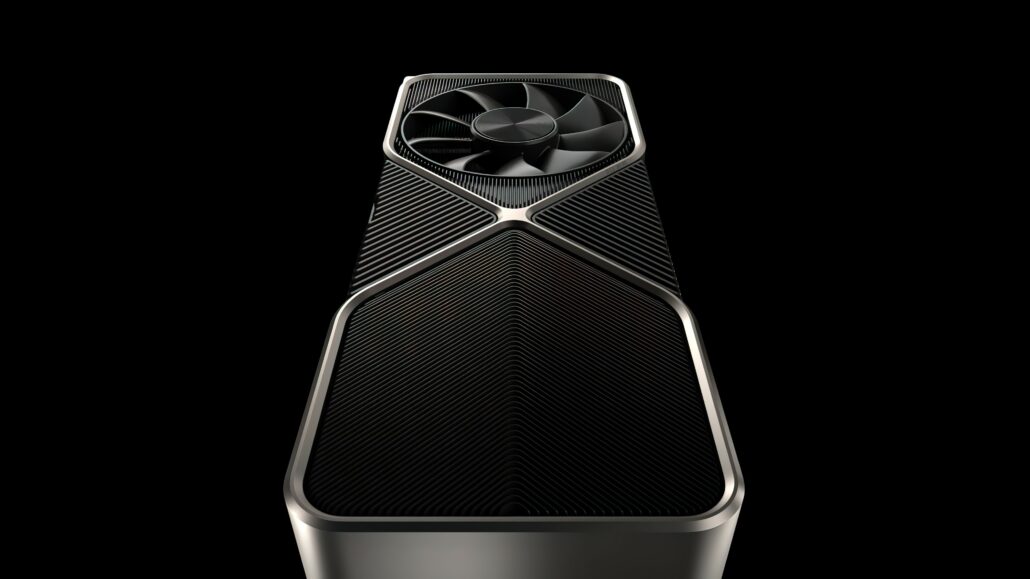 The RTX 4080 and RTX 4070 graphics cards from the NVIDIA GeForce RTX 40 series will be among the first graphics cards to be released for gamers in addition to the RTX 4090. The RTX 4090 is currently anticipated to go on sale on October 22; however, an official announcement is anticipated at NVIDIA’s GTC presentation later this month.