Google removes some apps from the Play Store

Many of the apps available for download in the Play Store are not all good, with some embedding viruses to steal users’ private data to do bad things as well as pose a threat to user safety. Well. Google is also actively working to find these hidden apps, and recently removed nine apps from the Play Store after learning that they were stealing users’ Facebook log data.

Among the nine programs that have been removed are the popular Horoscope Daily as well as Rubbish Cleaner, and the total number of downloads of these nine programs is as follows: 5.8 million times. It was found that five of these programs used different types of malware, but the only purpose was to trick users into logging in to Facebook after hacking. Of that log in, which also includes the Password.

Google has also confirmed that it has banned the creators of those apps from the Play Store as well, but this point does not seem big because all developers can create new accounts. However, Google is also paying close attention to the above issues and will continue to try to find other hidden apps to remove from the Play Store, as well as protect the security and privacy of users.

Therefore, readers must continue to be extra careful before downloading any software to install on your smartphone, especially to avoid applications that do not have a clear developer to protect themselves from becoming victims. From cybercriminals. 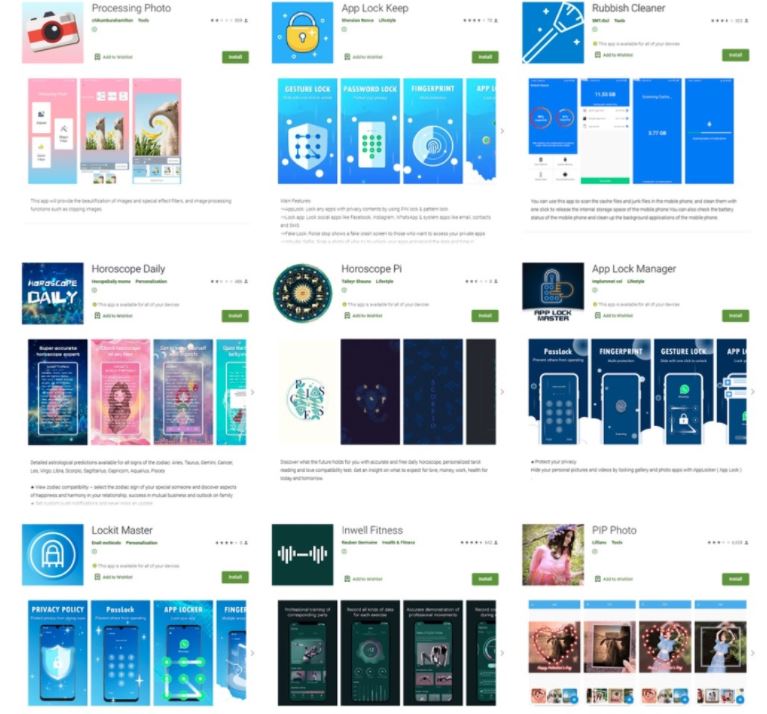