For gamers, Asus ROG has previously produced routers; today, it has also produced mesh networking. With the Rapture GT6 system, users who want or need to surround themselves with extenders may do so using gadgets one would hardly expect to have such a purpose for.

The Rapture GT-AXE16000 (formerly marketed as “the world’s first quad-band WiFi 6E gaming router”) and the GT6 have both arrived at Gamescom 2022 to display the Aura RGB branding, emphatic ventilation, and “For Those Who Dare” badges that are affixed to each GT6 mesh node.

Similar to the GT-AXE16000, the system uses “unique” Asus RangeBoost Plus technology to boost the signal of each of the nine “strong” internal antennas present in each of its modules, each of which may move about a little bit inside the chassis. As the signal is received in this way, the array is said to be “smart” and capable of optimizing signal distribution for each connected item.

As a result, Asus is certain that the twin nodes of the Rapture GT6 will be able to connect to the internet and play any game from as far as 5800 square feet away at a speed of up to 1,000 Mb/s via as many as ten streams of tri-band Wi-Fi 6.

The OEM estimates that it will be released to North America in the third quarter of 2022 in black or Moonlight White and at a currently recommended price of US$599. 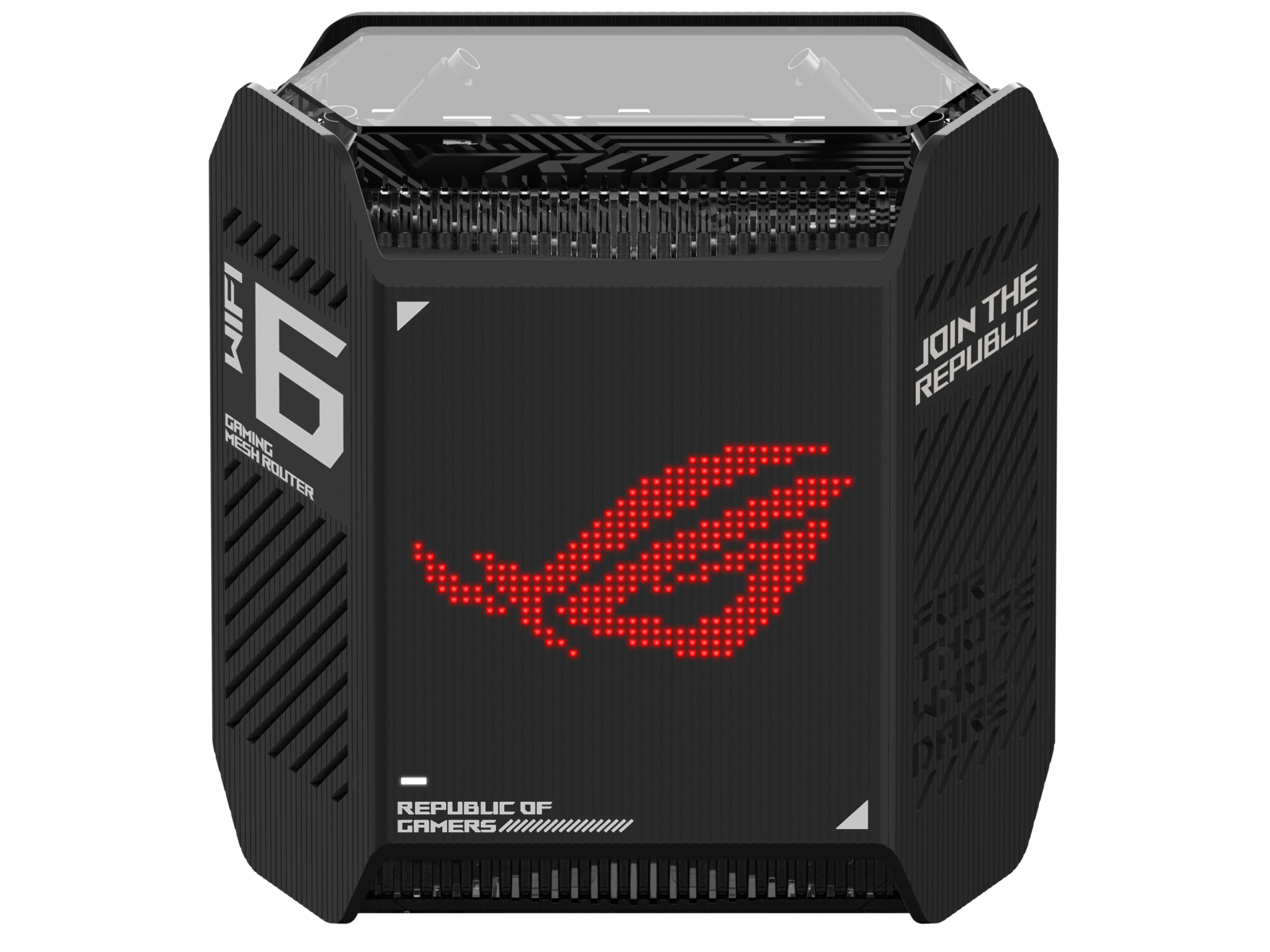