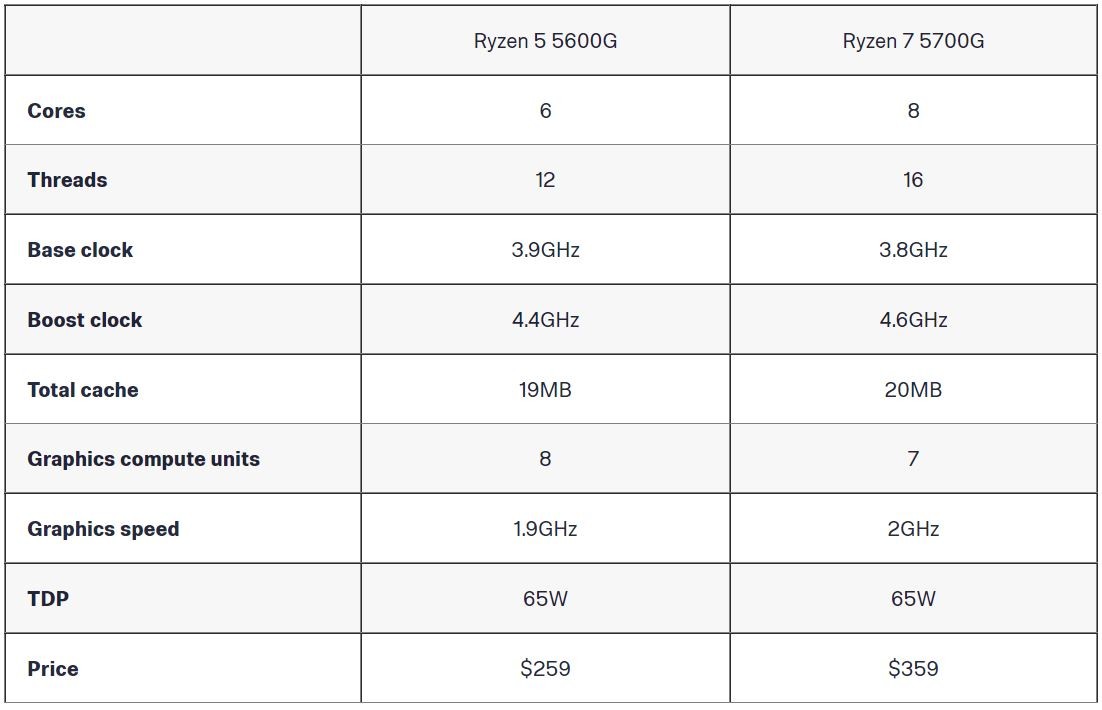 As for the new CPU, experts have confirmed that it is a CPU to solve the problem of large computer setup easily, because the new AMD CPU costs only $ 360 for Ryzen 7 5700G.