A new Warrior Champion skin is included in the January 2023 Gold Pass season of Clash of Clans.

As part of the January 2023 Gold Pass, Clash of Clans debuts the Warrior Champion skin. The Royale Champion finally receives her own Pirate skin to complete the collection of Warrior Hero Skins, which previously included Warrior King, Queen, and Warden skins.

She is costumed like an ancient warrior and is sporting regalia reminiscent of the Warrior King and Queen of old in this newest appearance for Royale Champion. She holds a shield that she tosses about as soon as her power is used, as well as a spear with a warrior touch.

With the addition of the new Royale Champion for the January Gold Pass season, Supercell completes the Warrior skin set. Supercell hinted at some of the components of this skin in a tweet, and we eventually got confirmation when internet leaks of the Royale Champion’s new appearance and attacks surfaced.

At first look, the Warrior Champion appears to be wearing traditional blue and gold clothing, along with a red cloak that wonderfully complements her default color scheme of blue. She has made her shield and spear more like to old weaponry. When struck down, the Warrior Champion spins her spear as normal and even employs unique animations and sound effects. 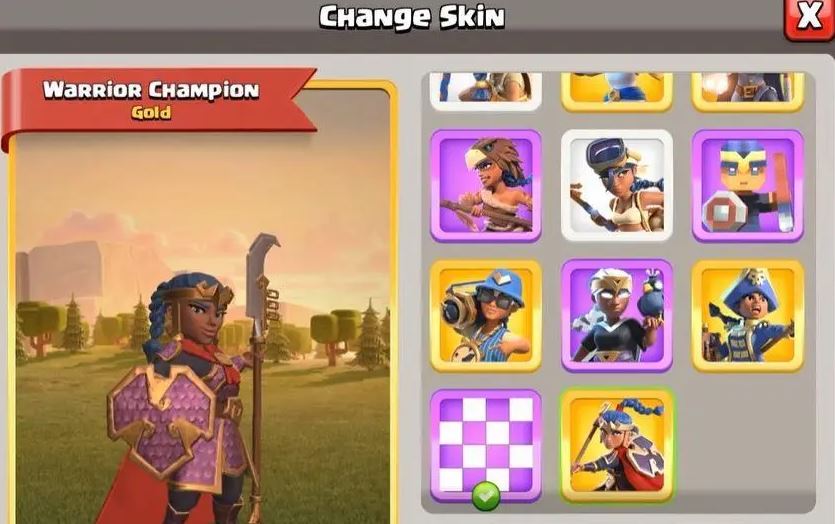 Although the Warrior Champion may not be an appealing cosmetic bonus from an aesthetic standpoint, you can always purchase the Gold Pass to try out the Champion in its new persona. Don’t forget to use Creator Codes for your preferred content creators while making a purchase to support them along the way.

Additionally, the Gold Pass will feature additional in-game resources on both the Free and Premium sides for completing the seasonal challenges, with the Free side including:

Additionally, the Premium Paid users buying the Gold Pass will receive Training, Research and Builder Boost, and 1-Gem Donations along with: