The World Cup 2022 will feature four Blockchain-based games, according to FIFA.

EA CEO Andrew Wilson allegedly told his staff in an internal meeting at the beginning of October of last year that the FIFA License was a hindrance to EA’s aspirations for football games. The 10-year name license agreement between EA and FIFA is about to expire this year, thus starting in 2023, they plan to rebrand their IP FIFA to EA Sports FC. On the other side, FIFA has been looking for ways to compete with the new EA Sports FC by releasing new video games under the same name. FIFA has revealed that a selection of blockchain-based games are being created to celebrate the FIFA World Cup Qatar 2022.

In an effort to give football fans a better understanding of the metaverse and web3, Upland and FIFA have announced a multi-year partnership that will enable the Upland community and football fans everywhere to collect, trade, and own FIFA digital assets and game video highlights.

Through the experience, fans will learn how to engage with and contribute to the online community. A wide range of events in Upland during and in between tournaments will support the educational initiatives and give supporters the chance to support their favorite national team. There are currently four games using blockchain technology in development: 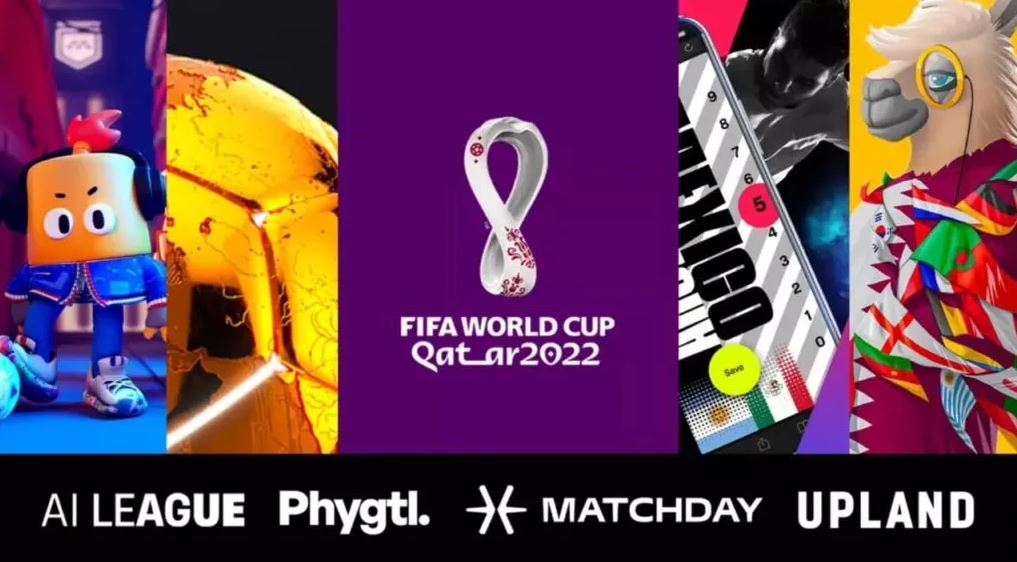 The first one is a 4-on-4 casual game called AI League is played amongst AI-controlled characters, with players serving as coaches and providing advice as necessary. Additionally, players can amass and exchange characters between teams.

Matchday is a card game based on social prediction. Here, gamers can collect and possess Matchday player cards that feature the names, likenesses, and photographs of professional athletes.

The FIFA World Cup Qatar 2022 is the next option on Phygtl. It sounds more like a blockchain fever dream than anything else, including a game. A smartphone app for fan involvement called Phygtl expands the definition of fandom. Fans collaborate to co-create the world’s first fan-generated digital award in this immersive experience.

Fans can add a golden globe football to their real-world surroundings, and own a small piece of it to attach and immortalize their personally chosen FIFA World Cup photos and videos. Overall, it will be a virtual illustration of enduring fandom.

Upland is the largest blockchain-based metaverse that is mapped to the real world and allows players to buy and sell virtual homes. They can now gather authentic FIFA World Cup digital assets, such as renowned video highlights of the competition.