Some ardent ROG Phone 6 Pro gamers were left wondering what had become of the “Ultimate” model after the gaming phone’s release. It turns out that ASUS held off on revealing its “one more item,” the ROG Phone 6D Ultimate, for more than two months. The “D” in “6D” stands for the MediaTek Dimensity 9000+ CPU; the switch to the faster LPDDR5X RAM; and the new “AeroActive Portal” design, which directs cool air into the device’s internal heat-dissipation fins. Other than these four differences, it is nearly identical to the 6 Pro. (I’ll refer to this as a heatsink from this point forward.)

When the included AeroActive Cooler 6 is connected, the AeroActive Portal, which resembles a door flap, opens, allowing some of the fan’s cold air—which is created at a speed of over 1,000cc per second—to be directed into the heatsink while hot air exits the top slot. In order to transport heat from the components to the airflow, the heatsink is, of course, connected to the generously sized thermal layers covering the logic board and battery cells. This keeps the phone’s grip pleasant while also enabling gaming at a high frame rate for a longer amount of time. 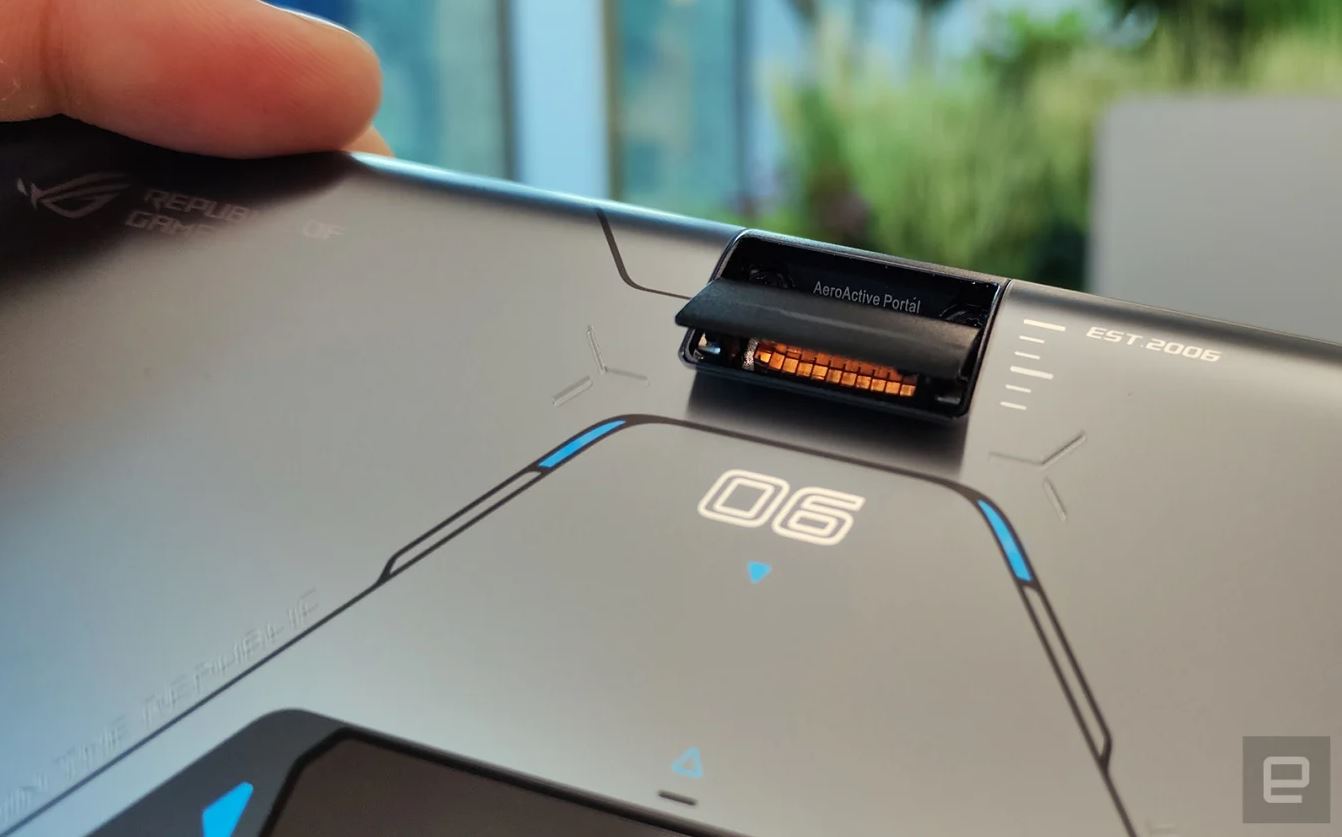 According to ASUS, the ROG Phone 6D’s temperature hit 36.9 degrees Celsius (98.42 degrees Fahrenheit) after 60 minutes of Perfdog testing on Genshin Impact at 60Hz, which was 3.4°C lower than the ROG Phone 6 in the same mode. That is to say, there is a noticeable improvement after using the AeroActive Portal. The AeroActive Cooler 6 is the only Peltier-equipped cooler on the market that doesn’t require additional power externally; it only needs that for the more potent “Frozen” mode. This is also true in “Frosty” and “Frozen” modes (with the Peltier thermoelectric cooling chip activated).

The AeroActive Portal may be temporarily opened in settings for cleaning reasons even though it only activates when an AeroActive Cooler 6 is connected. Otherwise, the flap is tightly closed to protect the phone’s IPX4 splash resistance. The stepper motor and the zirconium alloy hinge, both of which are based on the lessons learned from the now-retired Flip Camera feature from the Zenfone series, are supposedly good for over 40,000 flips. It also incorporates fall detection for automatically retracting the flap. 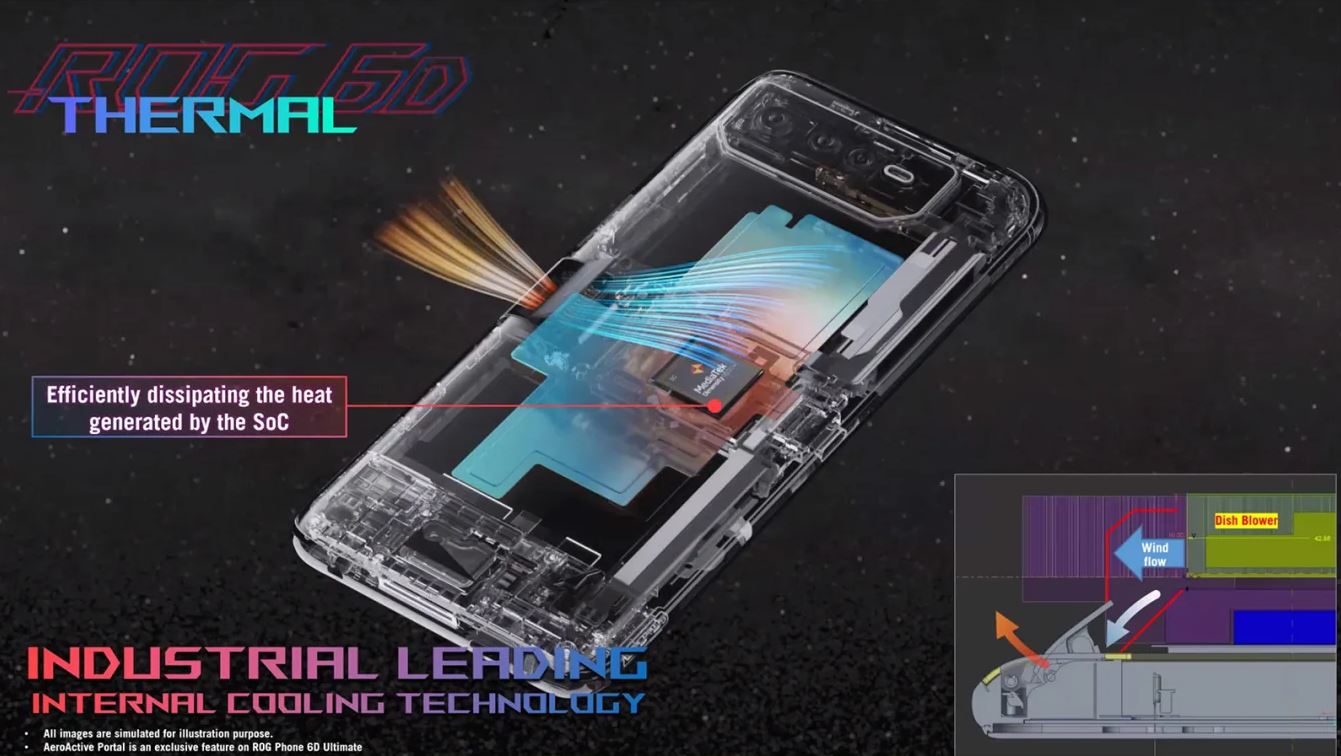 The 6D Ultimate has the same essential components as the 6 Pro, including the same 165Hz 6.78-inch AMOLED screen, 720Hz touch sampling rate, up to 512GB of storage, 6,000mAh battery, 65W quick charging (42 minutes), ultrasonic “AirTiggers,” and a programmable “ROG Vision” color display on the rear. The cameras are the same as well: a 50-megapixel primary camera with a Sony IMX766 sensor, a 13-megapixel ultra-wide camera, a 5-megapixel macro camera, and a 12-megapixel selfie camera with a Sony IMX663 sensor on the front.

As for the chipset, ASUS took the unexpected decision to switch to MediaTek for its Dimensity 9000+ chip, which reportedly performs marginally better than the Qualcomm Snapdragon 8+ Gen 1 found in the ROG Phone 6. The business also stated that the Dimensity’s CPU is reportedly 10% more powerful than the Snapdragon flagship chipset, despite the latter’s superior GPU (albeit with the same 3.2GHz maximum clock speed). The faster LPDDR5X RAM works in conjunction with the CPU, but for the same reason that it is capped at 16GB instead of 18GB in this instance. 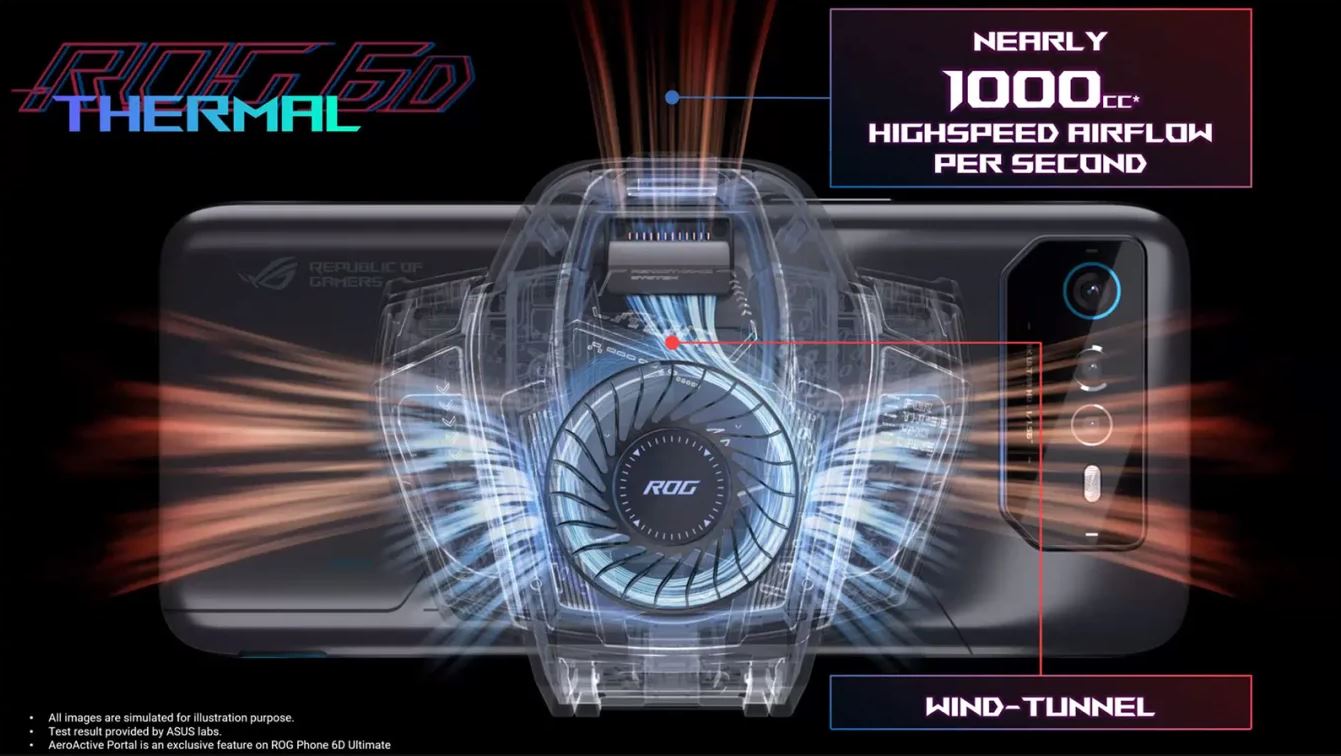 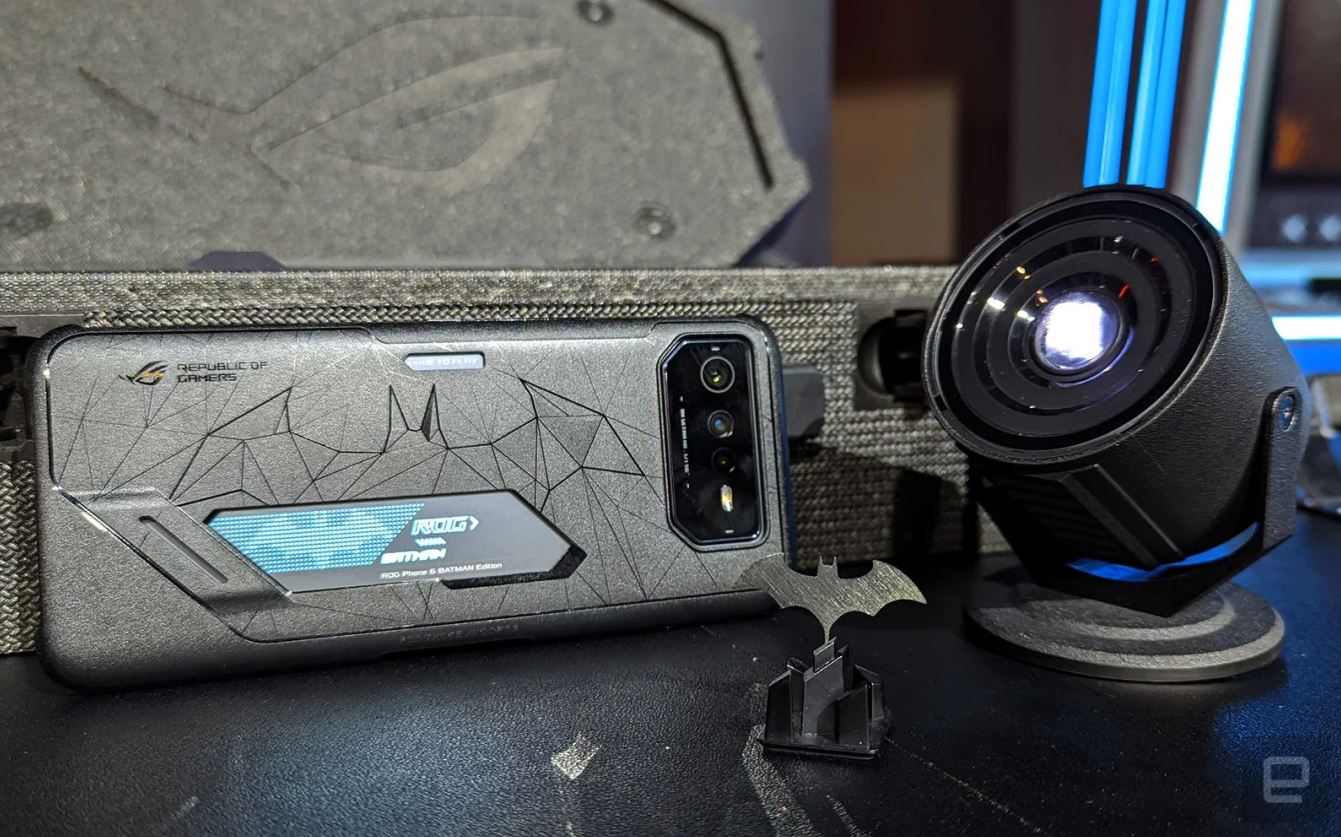 Additionally, ASUS introduced the ROG Phone 6 Batman Edition, which is essentially either the base model 6 or base model 6D (depending on region) with a special storage case, a small bat signal LED projector (you can power it with your phone via USB-C), a special Batman Aero Case, and a SIM tray pin with the Batman emblem. It also includes its own stand for display. The availability in the US or Europe is yet unknown.