Schedule, prize fund, and other details for the 2022 Apex Legends Mobile Thug Invitational

After being made available on mobile devices in May of this year, Apex Legends Mobile has steadily gained in popularity. Even though the esports scene is in in its infancy, a recent release revealed that the first Apex Legends Mobile competition to ever take place in India, known as the Thug Invitational, would happen from August 26 to 28 of 2022.

The best 16 Indian video game content producers will compete in The Thug Invitational for a chance to win $3128 in prize money while showcasing their prowess in this recently released mobile game. 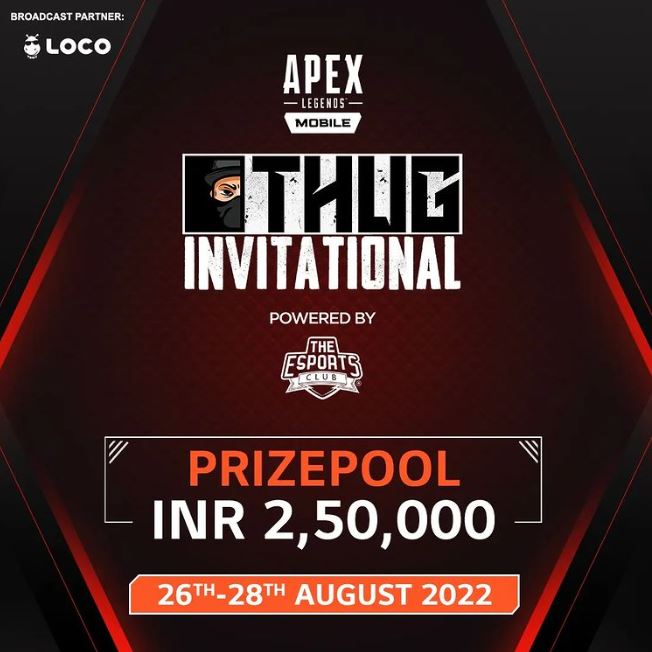 The Esports Club, which works to create an esports platform for grassroots community development in India and other South Asian countries, is hosting the event in collaboration with Loco and is the event’s power source.

Where to watch the Apex Legends Mobile Thug Invitational 2022

The Esports Club (TEC) channel on Loco will stream the tournament because it is the competition’s official broadcast partner. Starting on August 26th, fans may watch the invitational event from 6 PM to 9 PM IST. The India Apex Legends Mobile community is excited about its very first event and wants to see a lot more intense bouts on a bigger stage, judging by the response on social media.

Even though India’s esports community is thriving, the nation’s young are mostly interested in playing mobile games like BGMI, COD Mobile, Free Fire, and others. However, given that other popular mobile esports titles have been outlawed in India, this might be the perfect opportunity for the Apex Legends esports sector to explode.