The Intel Core i9-13900K CPU is still an early sample that features 24 cores and 32 threads in an 8 P-Core and 16 E-Core configuration. From previous rumors, we can expect as much as 68 MB of the total ‘Game’ cache on this chip. The sample tested here has a base clock of 3.0 GHz & a boost clock of up to 5.5 GHz. It was mentioned that ES3 samples would reach up to 5.5 GHz while the final CPU samples will hit speeds of up to 5.8 GHz (single-core). The Geekbench data log shows that the chip was actually running at single-core speeds of up to 5.7 GHz as seen below: 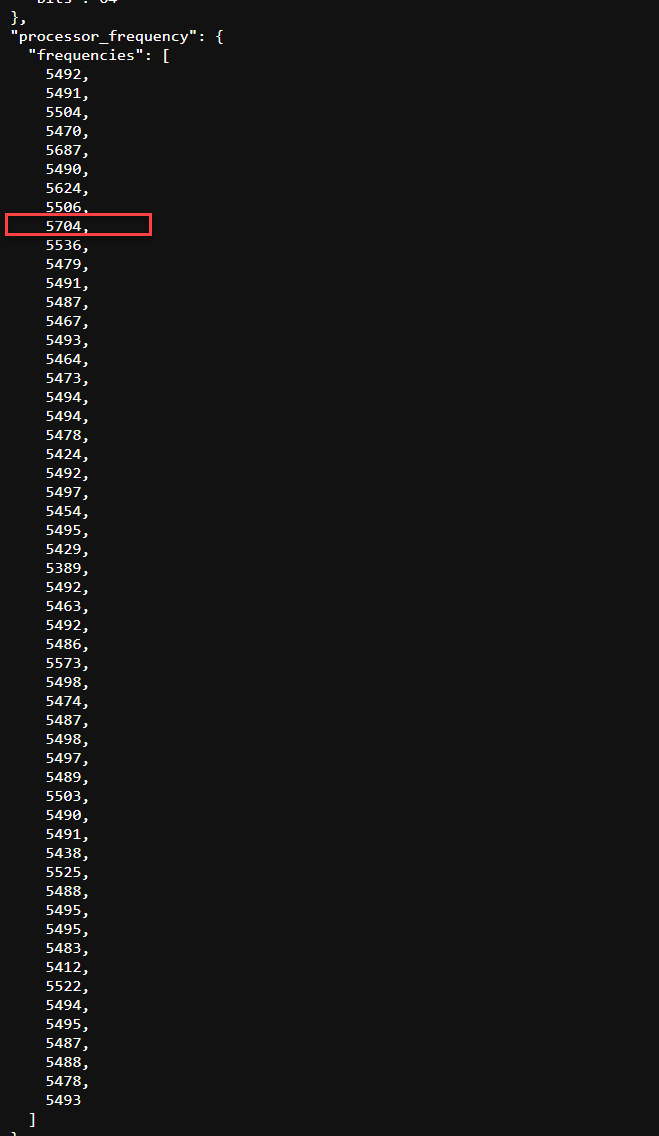 The CPU was tested on the ASUS ROG Maximus Z690 Extreme motherboard with 32 GB of DDR5-6400 memory. This is a really fast configuration of DRAM that’s been used in the tests and Raptor Lake is officially going to support native speeds of up to DDR5-5600. 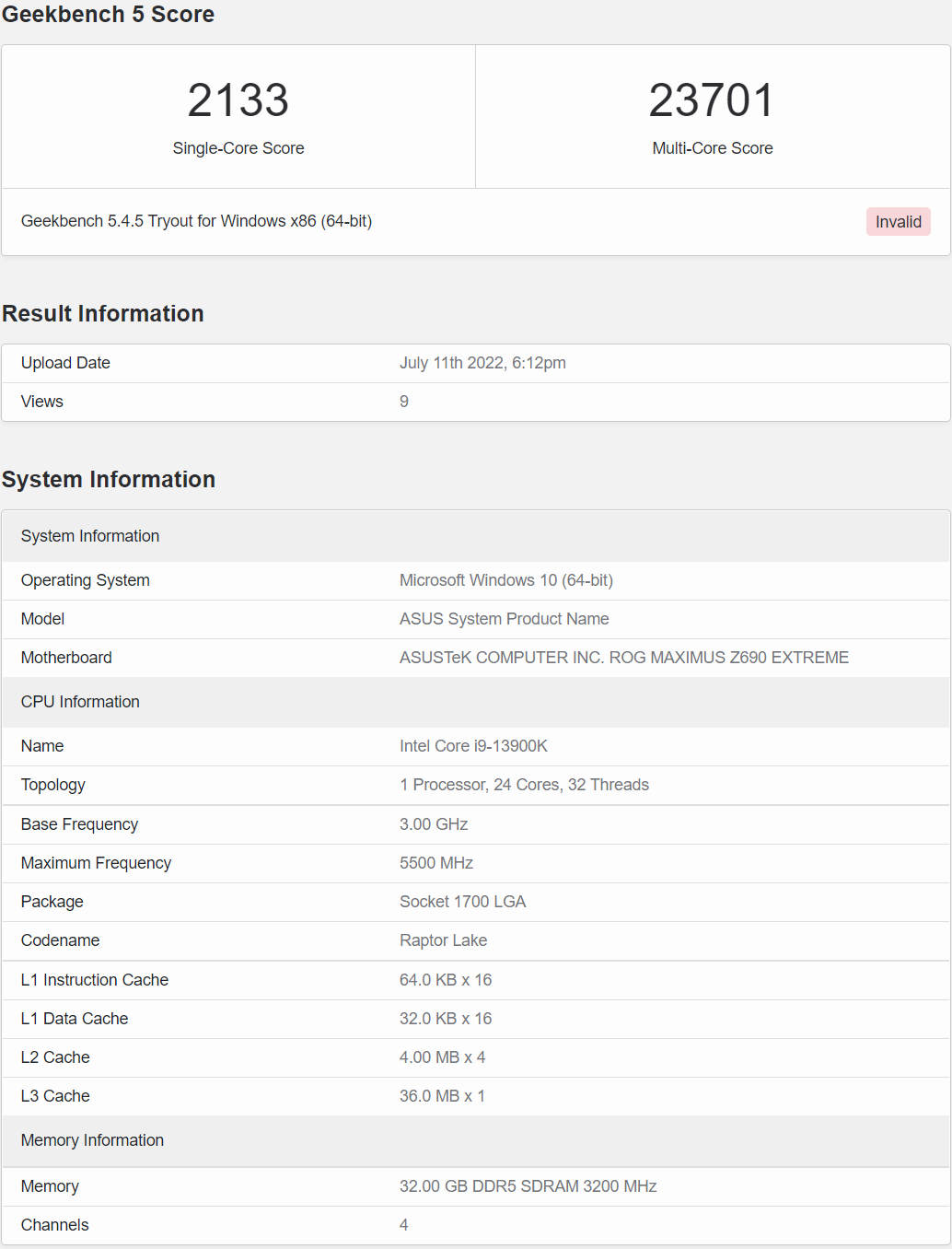 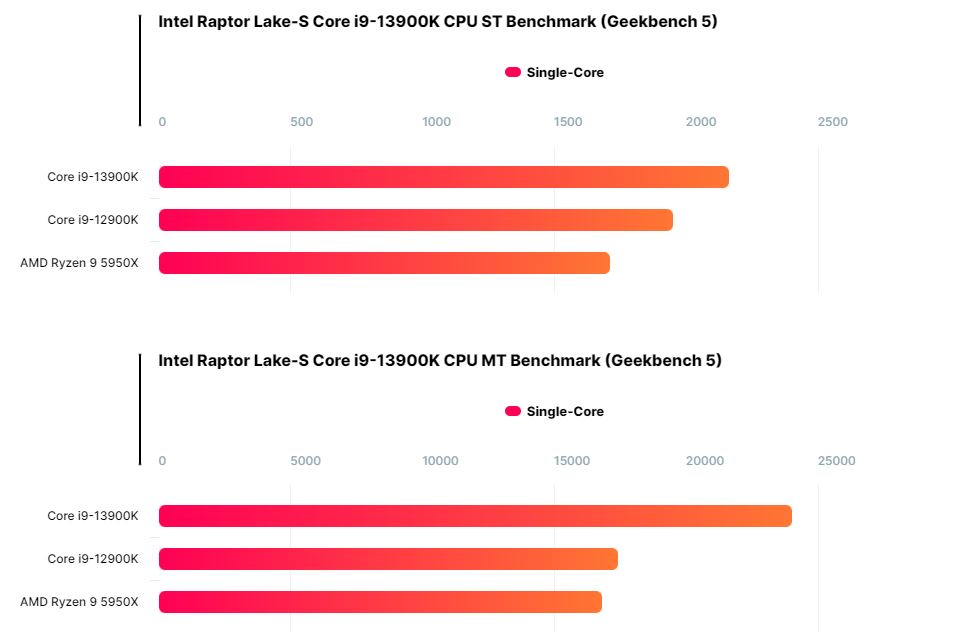 This means that the new flagship is up to 48% faster than the Ryzen 9 5950X and 37% faster than the Core i9-12900K in multi-threaded tests which is a huge leap. The addition of 8 extra E-cores are definitely helping the chip surpass the performance of its predecessor by a big margin. Coming to the single-core performance, since Raptor Cove and Gracemont cores aren’t a big architectural lift, most of the performance improvement comes from clock speeds in single-threaded tasks. The i9-13900K still maintains a decent 7% gain over the 12900K and a 27% gain over the 5950X in single-threaded tasks.

Once again, these aren’t the final clock speeds so the final performance is expected to be even higher than this leak. At 5.8 GHz, we can expect a single-core improvement of 10% and a multi-core improvement of 40% over the Core i9-12900K. That should also mean a 50% multi-threaded CPU performance increase over the 5950X. AMD on the other hand has said that Zen 4 increases multi-threaded performance by 35% over Zen 3 so it will be an interesting battle for sure. 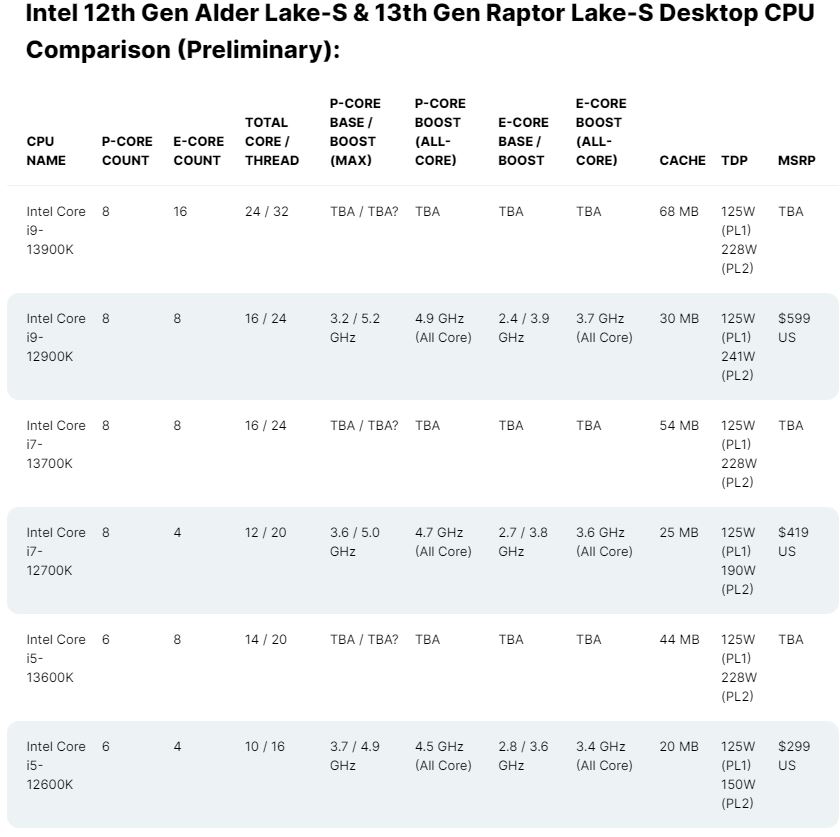 The Intel 13th Gen Raptor Lake Desktop CPUs including the flagship Core i9-13900K is expected to launch in October on the Z790 platform. The CPUs will be going up against AMD’s Ryzen 7000 CPU lineup which also launches in Fall 2022.