The most recent report for real-world protection has been provided by anti-malware evaluation company AV-Comparatives. This report is a follow-up to the earlier testing that the business carried out in April and May. Unfortunately for Microsoft, AV-Comparatives discovered that Defender managed to deteriorate this time.

For those who are unaware, the real-world protection test in the AV-Comparatives suite evaluates an anti-malware solution’s ability to safeguard users’ systems when they are interacting with the web.

Microsoft Defender continues to maintain a 99% block rate in terms of scores from the previous analysis. Similar to the last time, there were no user-dependent compromises, which suggests that the actual compromise rate is once again 1%. Defender, however, managed to make things worse in terms of false positives. Microsoft had found zero false positives in the last test, but this time there were two.

Avast, AVG, Avira, and Total AV, competitors in the anti-virus industry, performed best in the test since each of them significantly outperformed their previous versions. 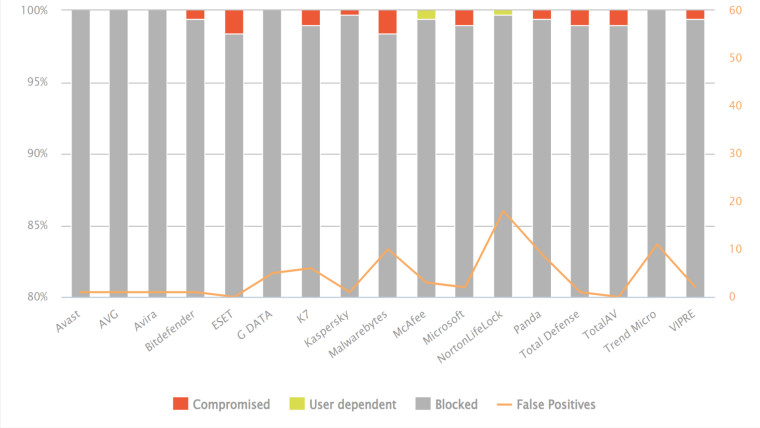 The fact that Defender performs so poorly in terms of false positives is a little unexpected. This is due to Microsoft’s announcement that it was trying to improve false positive detections back in March, which came one day after it had marked its own Office upgrades as harmful. While it is challenging to improve from apparent perfection with 0 false positive warnings in previous testing, it is puzzling to go worse at it from there.