According to COD Mobile Leaks, the Shipment 1944 map will return in the upcoming season.

Along with a redesigned Battle Royale gameplay, Call of Duty Mobile offers gamers a fantastic multiplayer experience. Today, we present to you the most recent information obtained through multiple leaks that alluded to the return of the Shipment 1944 map in the next COD Mobile season.

As compact as they come, Shipment 1944 forces players to engage in continual combat in and around supply boxes that are resting on the sand. The initial interaction starts in a few seconds and continues nonstop after that.

The design is divided into two main sections: the perimeter, which forms a square border around the center, and the core, where two crossing lanes pass between the stacked middle crates. Five of the crates—four on each side of the perimeter and one in the center—can be entered by players. The other three containers are closed on one end and include barrels for little protection, while the other two are transparent and open on both sides. Most often inhabited is the middle one of them.

For protection when defending or peeking around corners, barrels extend from the central crates’ outer corners. With a vehicle in each corner on the right side of the map and supplies bins and barrels on the left, the perimeter corners also offer some protection. 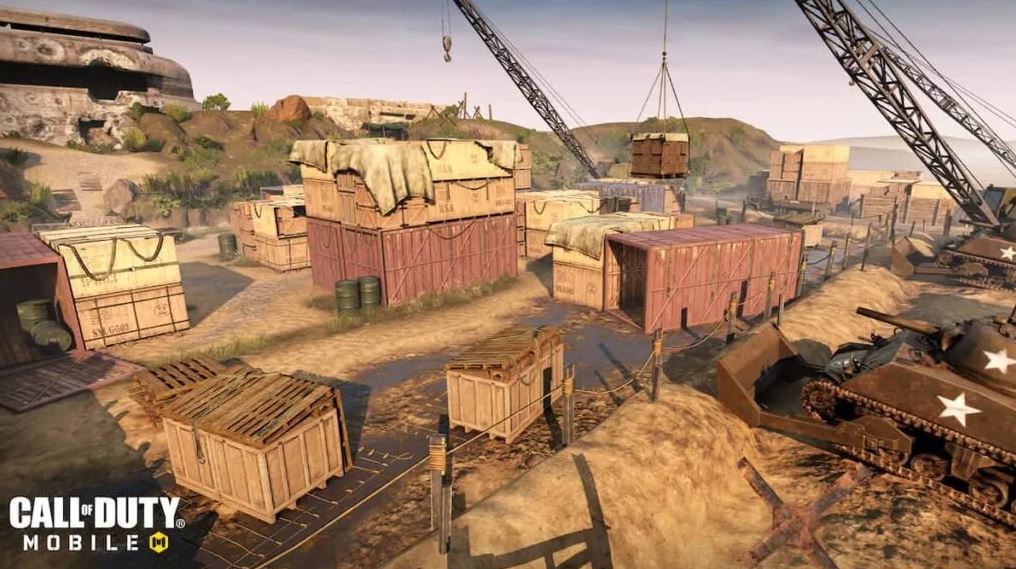 Remember that the supply boxes next to the open crates on the left and right sides of the map are a little off-center, leaving little open wedges on either end. Enemies frequently inhabit these spaces in an effort to ambush players who are rushing through the region.

When the Shipment 1944 map will return in COD Mobile

The Shipment 1944 map’s release date in COD Mobile is the last query that comes up. The specific release date has not been specified by the developers, but we anticipate it will happen in Season 12 of the game in 2022.